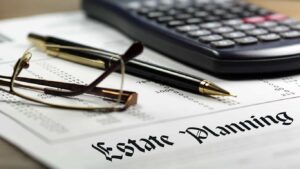 What rights does your former spouse have to your estate?

For most people, the end of a relationship is a very emotional and stressful time. Most people will seek family law advice to finalise the division of property and assets between them. However, many will fail to seek legal advice to update their estate planning documents.

In the state of New South Wales, a Will is not revoked by divorce. However, under section 13 of the Succession Act (NSW) 2006, the divorce of a testator revokes:

– a beneficial disposition to the testator’s former spouse made by a will in existence at the time of the divorce or annulment, and

– an appointment of the testator’s former spouse as an executor, trustee, advisory trustee or guardian made by the will, and

– a grant made by the will of a power of appointment exercisable by, or in favour of, the testator’s former spouse.

However, the above will not apply if a contrary intention appears in the Will.

Separation between de facto partners does not revoke a Will. The Succession Act (NSW) 2006 does not set out any provisions that would revoke parts of a Will in relation to a former de facto spouse in the same way that it deals with divorce.

Therefore, if you have a Will that leaves the whole of your estate to your former de facto spouse and you fail to update your Will, the Will remains valid on your death.

Furthermore, if you separate from a former spouse but fail to formally end your marriage through divorce, any Will you made during your marriage will remain valid. Again, this could mean that if you die without changing your Will, your former spouse could end up with all or part of your estate. This will apply even if the division of assets has been finalised.

Lesson to be learned

If you have a relationship breakdown, it is imperative to review and update your Will immediately. Failure to do so, may mean that your former spouse may end up receiving more than you wished for.

For more information regarding your personal circumstances, it is recommended you see your solicitor.